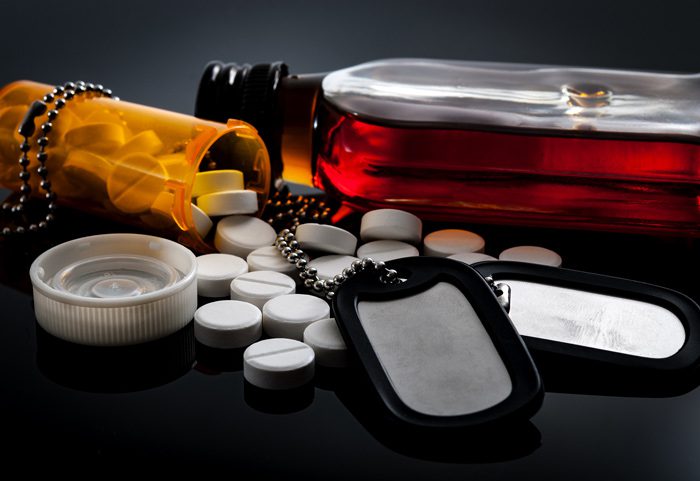 Serving in the military is not like any other type of career choice. It’s not just a job; it’s a unique culture and way of life that puts servicemen and women under a considerable amount of stress. It’s a culture that also has some strict rules about drug use among active duty service members. Attitudes and stigmas around seeking help also exist in the service. All these factors combine to create difficulties for some veterans once they have been discharged.

The following facts and figures were taken from the 2015 Health-Related Behaviors Survey (HRBS):

Random Drug Testing and Zero Tolerance Policy in the Military

Servicemen and women who are on active duty are subject to random drug testing. If they test positive on a drug test, they can be dishonorably discharged. They may even face criminal charges. These policies were put in place to create incentives for military personnel to avoid making choices that may affect their performance, especially in combat roles.

Approximately half of the military personnel report that they feel seeking help for a mental health issue would be detrimental to their career. Lack of confidentiality around these deeply personal matters is another cause for concern.

It is normal for military veterans to experience a period of readjustment when they leave the service. Reintegrating to civilian life is a major transition for them, as well as their family and friends. During this time, veterans are at increased risk for substance use disorders and mental health issues. A veteran who has been deployed and been in combat has even more environmental stressors that can lead to one or both of these health problems.

These disorders are strongly linked to substance use. It’s not uncommon for someone who is experiencing a mental health concern to self-medicate by using alcohol or another drug to try to control symptoms. This can occur because the person doesn’t understand what is happening to them or they are trying to mask the symptoms to remain functional.

Military veterans face challenges when returning to civilian life. When substance abuse interferes with the process, help is available. Great Oaks Recovery Center is certified as a Veteran Ready Healthcare Provider Organization by Psych Armor. We provide safe, professional, and confidential services to our clients at our residential facility. We give our clients the time and space to focus their complete attention on getting well.

Our individualized treatment programs focus on each client’s specific issues, including past traumas. Great Oaks Recovery Center treats the whole person: body, mind and spirit. Contact us today to learn more about how we can help you or a loved one.

If you or someone you love is in need of alcohol or drug treatment, contact us about substance abuse treatment Houston anytime, at (877) 977-3268. We are here to help.