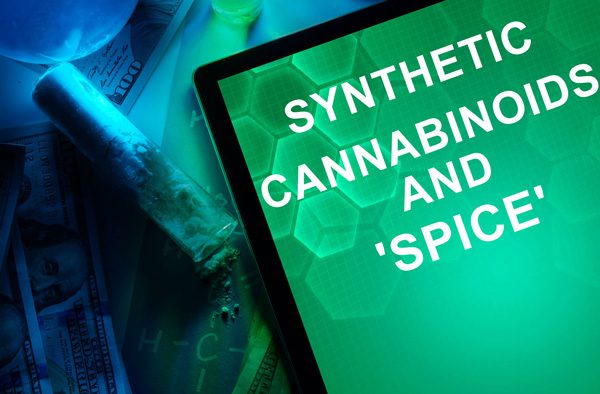 A major drug syndicate operating in the Houston, Texas, area was brought to justice last month for manufacturing and trafficking synthetic cannabinoids, or synthetic marijuana.

Additional charges also included drug smuggling across the US border, money laundering, and mail fraud. Sixteen individuals were indicted, including a professor at the University of Houston. Two other individuals of interest are currently wanted and are outstanding.

The effort was dubbed “Operation We Can Hear You Now” and began in 2012.

The selling and consumption of synthetic marijuana has invaded the Houston, Texas, region very strongly, as has street heroin. Synthetic marijuana is considered a “designer drug,” which means it can mimic the effects of artificial marijuana while also being undetectable by drug screenings.

Common nicknames for the synthetic cannabinoids include “Spice” or “K2.”

The drug is considered a Schedule I drug, meaning it has no medical benefit and has high potential for abuse. Local students under the age of 18 were a large part of the operation’s targeted market. The substances were distributed in colorful packages that appeared authentic and were often labeled “incense” or “potpourri.” Many of the packages also had a disclaimer claiming that the substances were legal.

Use of synthetic marijuana can have serious health consequences including kidney damage, seizures, panic attacks, hypertension, psychosis, and a variety of physiological effects.

Researchers have concluded that prolonged use of the drug can lead to a number of chronic mental disorders, especially for individuals with a family history of mental illness. Unlike artificial marijuana, synthetic marijuana consists of chemicals that are sprayed onto dried plant leaves or made into a liquid form that can be vaporized.

If you fear that a loved one might be abusing synthetic marijuana, please contact Great Oaks Recovery Center at (877) 977-3268 for a free and confidential assessment. Our knowledgeable admissions staff will work with your insurance provider to ensure that your loved one gets the quality addiction treatment that they need and deserve.