How Long Does It Take to Detox from Cocaine?

Are you interested in learning everything you need to about a cocaine detox? Read here about the detox process.

What is Cocaine Detox?

Cocaine is a powerful, addictive stimulant with a high potential for abuse. Though it is legal for medicinal use by professionals, most of the time, cocaine is used illegally as a recreational drug.

Cocaine has a reputation for being a party drug, which may lead some people to think it is not as harmful as other drugs—but that assumption is false. In 2019, nearly 16,000 people died as the result of a cocaine overdose in the United States alone.1

When someone uses cocaine, it produces an addictive effect by acting on regions in the brain that affect pleasure and motivation. This gives the user a feeling of euphoria, which can last anywhere from a few minutes to a few hours. Once the euphoria wears off, the desire to use more of the drug so that they can feel good again becomes increasingly urgent, leading to the cycle of addiction.2

Signs and Symptoms of Cocaine Addiction

Cocaine addiction can be hard to spot because it is an addiction that affects people from all walks of life. Unlike other drugs that can cause obvious signs of intoxication, cocaine’s effects cause people who take cocaine to be more alert, energized, and even more productive, making it hard to tell if someone has cocaine in their system.

Since the drug causes people to be more upbeat and animated, it can be hard to tell if someone is dealing with addiction just by interacting with them. However, there are some telltale signs of cocaine addiction to look out for, including the following side effects:3 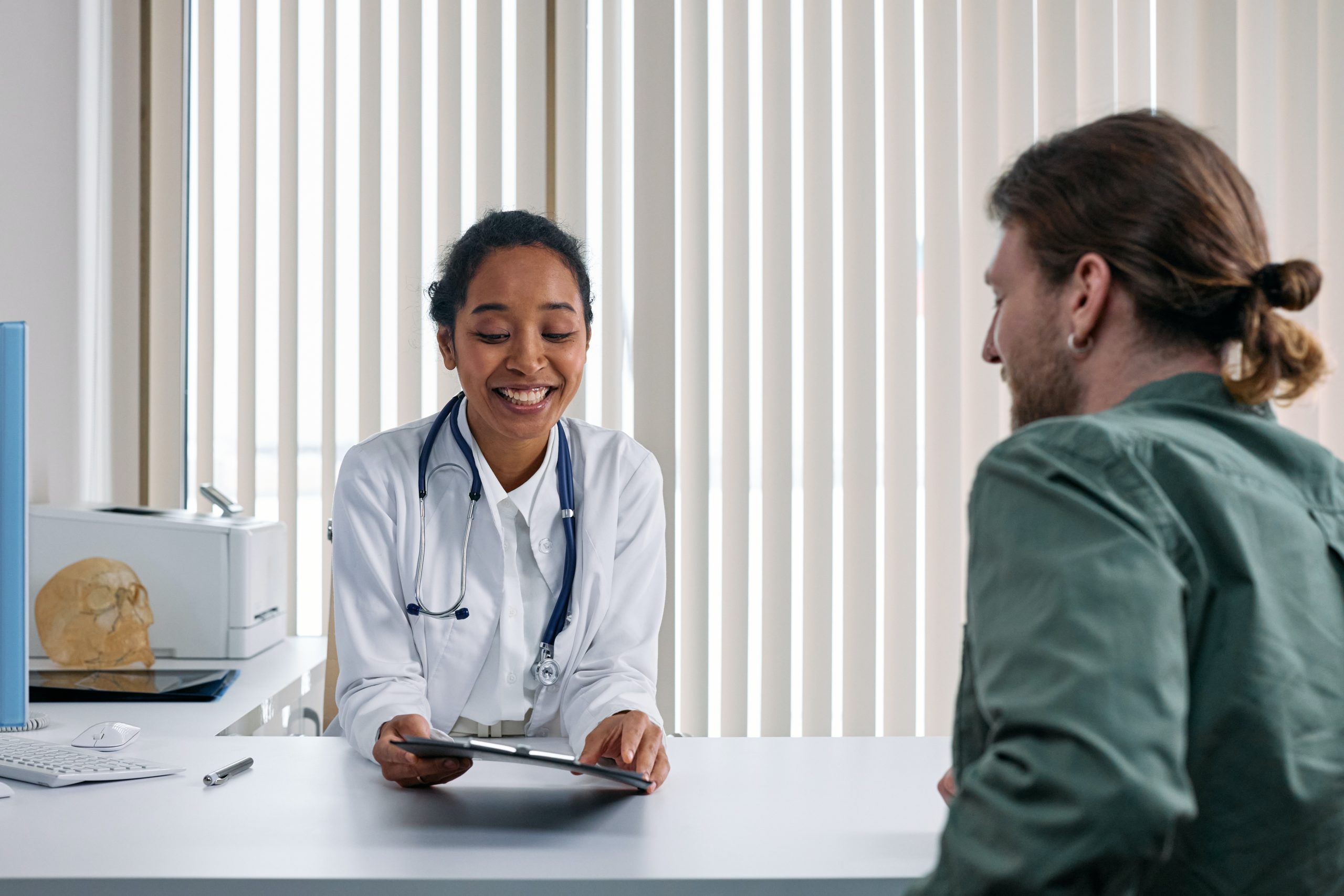 Plus, cocaine also negatively affects the brain. Studies have shown that cocaine use can worsen existing mental illnesses, and it can also lead to an increased risk for dementia.4

If you or someone you know is presenting with symptoms of cocaine addiction, getting help is crucial. Long-term cocaine use can lead to serious health problems, overdose, and even death.

In addition to the risk for health problems, addiction can be very isolating and stressful for those affected by it. The mental strain can lead to depression, increasing the risk of suicide. A cocaine detox can be the first step in resolving the difficulties that are causing the cocaine addiction.

How Is It Monitored?

It would be safest to detox from cocaine in a medically supervised and professional setting such as Great Oaks Recovery Center. Attempting to detox at home would be less effective than a medical detox, as individuals do not have access to the various medications and treatments used at professional recovery centers.

Medical detox is the best treatment for cocaine because it is the safest option. If any complications or severe cocaine withdrawal symptoms arise, individuals will be closely monitored and treated in a professional setting.

It is important to detox cocaine from the system before other any other form of addiction treatment begins. Getting past the withdrawal stage and overcoming the intense cravings that can coincide with withdrawal creates a clearer headspace for the individual. People often experience better physical health and more motivation as they progress along the road to recovery as well.

What is Cocaine Withdrawal?

When answering the question, “How long does it take to detox from cocaine?” it helps to understand what cocaine withdrawals are and all that it entails. Withdrawals arise after someone who has used a lot of cocaine either stops using the drug or decreases the amount of the drug that they consume.

The withdrawal process is typically impacted by the length of the treatment and the severity of the addiction, but even someone who has used cocaine only once can experience certain withdrawal symptoms for a short period of time, even after the initial high wears off.

When Is Medical Detox Necessary for Cocaine Withdrawal?

Are you trying to figure out how to clean your system from cocaine? Maybe you are wondering if you should learn how to clean your system for cocaine or if medical professionals should assist you instead. Medical detox is not only recommended for individuals who are withdrawing from cocaine, but it can even be necessary for someone to detox in a medically supervised setting.

Extreme Depression
Cocaine is a stimulant that can make people feel energized, confident, and powerful. When someone decides to detox cocaine, the upbeat feelings will disappear, often resulting in the opposite feelings, which are akin to depression.

Suicidal Thoughts
The depression that coincides with the process of withdrawing from cocaine can be so severe that the individual begins to have suicidal thoughts. In these cases, medically supervised detox is crucial.

Intense Cravings
Someone experiencing a withdrawal from cocaine will exhibit intense cravings for the drug, especially in the days and weeks following the last time they ingested cocaine. If the individual gives in to the craving, they may approach their relapse with an all-or-nothing mentality, sometimes resulting in a cocaine binge.

Other cocaine withdrawal symptoms include the following:

How Long Does It Take to Detox from Cocaine?

The answer to the question of, “How long does it take to detox from cocaine?” is a complicated one. The timeline for withdrawal from cocaine varies from person to person, seeing as gender, age, and overall health conditions are major factors.

Length of Use
Someone who has had a cocaine addiction for many years will likely experience a longer cocaine withdrawal timeline compared to someone who was addicted for a shorter period of time. When someone is coming off cocaine, they will be impacted by the length of time during which they were taking before stopping.

Size of Dose
Addiction varies in severity, and likewise, withdrawal symptoms vary in severity. No one can predict the exact answer to, “How long does it take to detox from cocaine?” However, someone who regularly binges cocaine will have a harder time with withdrawal compared to someone who uses smaller, infrequent amounts of the drug.

Polysubstance Dependence
Someone with polysubstance dependence, which is an addiction to multiple substances, may have more withdrawal symptoms and a longer detox timeframe. Some people will be able to detox cocaine from their bodies within a week, whereas for others, the entire detox process can take upwards of two to three weeks.5

Let’s take a look at the cocaine withdrawal stages.

The Crash Phase
The first week of detox is often the hardest, with fatigue and anxiety hitting the individual very hard. This phase of withdrawal is known as the crash phase.

Any negative feelings the substance abuse was masking can come to the surface, which often causes one to experience depression and agitation. Beyond fatigue, there are other common physical cocaine withdrawal symptoms, typically taking on the form of form of shakiness, nausea, sleep problems, and, less often, heart problems.

The Craving Phase
Once you’ve made it past that first week, you will begin to feel a bit better physically. If you continue to have physical cocaine withdrawal symptoms after the first week, they will likely feel no worse than the flu. Plus, they tend to resolve themselves within a few days.

After the crash phase comes the craving phase, which sets in anywhere from three days to two weeks after the last use. This phase can last anywhere from a few weeks to a few months. Individuals are most likely to relapse during the craving phase, as this phase is characterized by intense cravings, anhedonia, memory loss, an inability to focus, mood swings, and other psychological problems.

The Extinction Phase
Getting past the craving phase is a huge accomplishment. From there, you will enter the last stage of cocaine detox and withdrawal, known as the extinction phase. This is a period where cravings are often far less frequent. Either that or the cravings should only arise when triggered by certain situations. At this time, it’s crucial to lean on support systems and avoid situations that could result in relapse.6 What Treatments Are Available After Detox?

It is a myth that a simple cocaine cleanse of the system is all it takes to break addiction. In reality, detox is just the beginning of treatment for cocaine addiction.

Individuals often do best in a structured and supportive environment in the early stages of cocaine recovery. For this reason, inpatient treatment or residential centers can be a great option.

At an inpatient facility, individuals will have 24/7 access to resources like behavioral therapy, group therapy, the 12-Step Program, fitness classes, wellness programs, and more. Inpatient is a good option for people who have co-occurring mental health conditions or who lack support at home.

Outpatient treatment involves a person visiting a treatment facility without living at one. Outpatient programs offer many of the same resources that inpatient facilities provide, like therapy, treatment plans, the 12-Step Program, and more. The amount of time spent at an outpatient facility is determined by an individual’s unique needs.

Even if someone leaves a residential facility or graduates from their treatment program, ongoing therapy is still a good idea. Therapy can be sought out in the form of either group therapy or one-on-one psychotherapy. Family therapy can also be useful in rebuilding relationships and re-establishing the trust between the affected individual and their loved ones.

If you or a loved one is dealing with cocaine addiction, you don’t have to figure it all out alone. Cocaine addiction does not resolve itself, and you deserve to feel better. Great Oaks Recovery Center will treat your individual needs by setting up a treatment plan that works for you.