How Long Does It a Marijuana Detox Take?

Are you thinking about detoxing from marijuana? You might be wondering how long a marijuana detox takes.

Marijuana detox may result in severe withdrawal symptoms. In most cases, these symptoms make it difficult to stop using the substance. Additionally, the signs of withdrawal are typically both physical and psychological. However, it’s not impossible to overcome marijuana addiction with the right treatment.

According to the Diagnostic and Statistical Manual of Mental Disorders, the most significant symptoms of withdrawal can appear as early as the same day someone stops consuming marijuana. Read on for a better understanding of the detox process and how long it takes to undergo the process.

Marijuana Use Signs and Symptoms

Before individuals begin marijuana detox, there are usually many different visible signs of marijuana use. Examples of such symptoms include the following:1

With time, individuals may also begin to feel nervous or paranoid, as well as develop anxiety and experience memory loss. With low doses, one of the most common signs of marijuana use is distortion in perception.

Some individuals who take the drug may observe a change in senses as well. For example, music may sound more beautiful, colors may appear brighter, and food may taste more delicious. 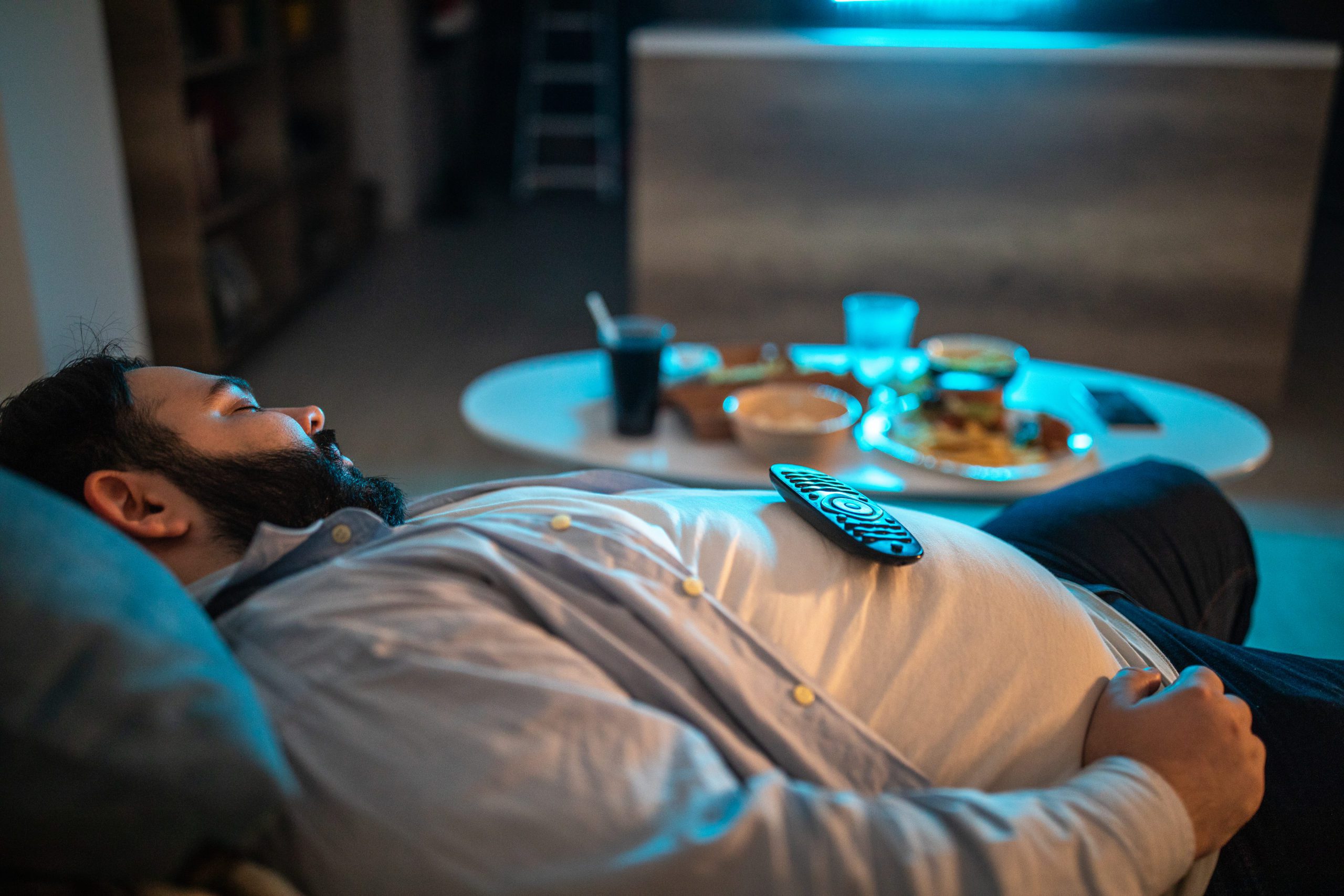 Withdrawal from marijuana may not be as severe as the withdrawal process surrounding other substances. Drugs like heroin, cocaine, and alcohol often yield much more severe consequences than the cannabis withdrawal challenges. However, many individuals who stop taking marijuana still experience withdrawal symptoms.

The reason for experiencing marijuana withdrawal is attributed to the way that the body tries to adjust to a drop in the supply of regular delta-9 tetrahydrocannabinol (THC). Since THC is the main psychoactive ingredient in marijuana, when individuals take the substance on a regular basis, the brain develops a tolerance to the drug. So, immediately stopping the consumption of marijuana causes the brain to adjust to a sudden stop in THC, which yields various undesirable symptoms.

Do You Need Detox for Marijuana Withdrawal?

Weed detox is important for withdrawal because it helps to remove the substance from the body. Inpatient weed detox may be more advisable for many because this option can provide people with medical supervision. Since withdrawing from marijuana can be uncomfortable due to the unpleasant symptoms it causes, clinically supervised weed detox is imperative.

Undergoing weed detox in a medical facility can also reduce the chances of relapse. Individuals will be in a suitable environment where they can access help for their challenges. In an environment like this, people also won’t have access to marijuana or other drugs. Overall, detox improves a person’s physical, emotional, and psychological well-being as they learn how to live without marijuana.

How Long Does It Take to Detox from Marijuana (Weed)?

A lot of people ask the question, “How long does it take to detox from THC?” Detox from marijuana involves several imperative processes. The length of time may differ from one individual to the next because it will depend on certain factors, like the frequency of intake and the timeframe of the addiction. To better answer the question of, “How long does it take to be clean from weed?” we have compiled the following list of steps to proper marijuana detox.

During an evaluation, the mental health expert or other clinical professionals will perform a thorough evaluation of the individual’s psychological and physical condition. The experts may also ask several questions to determine any drug use patterns while understanding the individual’s medical history.

An initial evaluation will analyze the individual’s acute intoxication and withdrawal possibilities as well. Being evaluated also involves accessing biomedical conditions. After the evaluation process, the experts will determine a treatment plan or relevant detox level of care for the individual given what they know about the person’s circumstances.

This stage involves the actual removal of the substance from the body after a proper evaluation. During weed detox, the treatment center follows the appropriate steps to manage CBD withdrawal symptoms. Some of the most common symptoms include insomnia, headaches, and irritability.

Since many of marijuana’s compounds stay in the body for a good while, it may take a significant amount of time to fully detox from the substance. Note that THC, which is the most psychoactive ingredient in marijuana, can stay in the system for several weeks on end, which makes detoxification a relatively long process.

When it comes to relapse prevention, it’s imperative to foster long-term marijuana treatment, as this will increase an individual’s chances of recovery while addressing both the psychological and social aspects of marijuana use disorder. An example of aftercare options includes joining support groups.

With the help of support groups, individuals can learn how to express their feelings and obtain important information to help them as they recover. Support groups also help individuals improve their social skills by talking to other group members and practicing other valuable social skills. 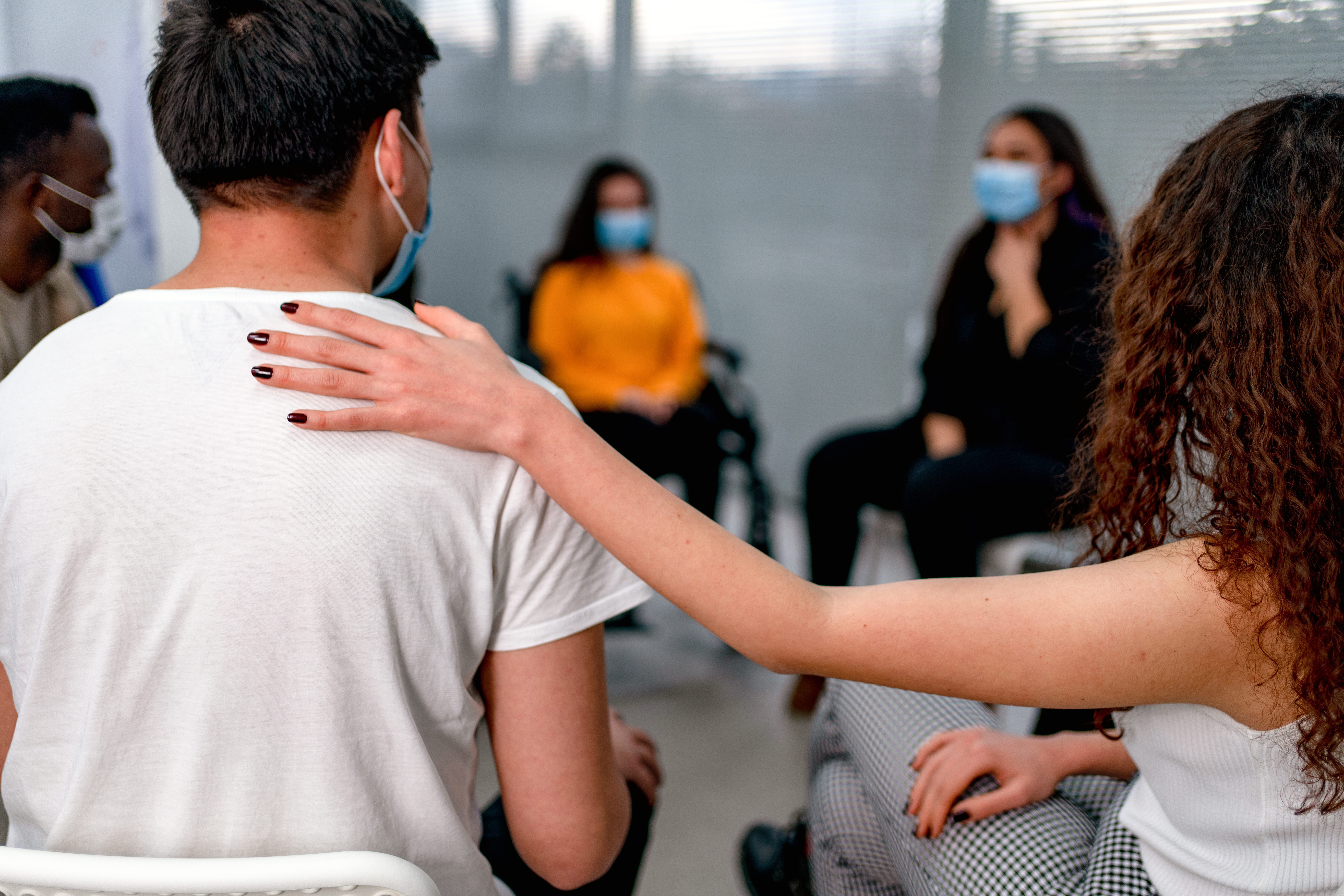 There is no predefined withdrawal timeline because it differs from one individual to the next due to the influence of a wide array of factors. Some of these factors that affect the withdrawal timeline include the frequency of marijuana use and the regular intake amount.

How Long Do Weed Withdrawals Last?

Day 1
Individuals may feel little to no symptoms of withdrawal within twenty-four hours after discontinuation of the substance.

Day 2-3
Mild marijuana withdrawal symptoms, like feelings of restlessness and sleep problems, may occur during this period.

Day 15+
Most symptoms of withdrawal from marijuana begin to decline in severity around this period. Most of the marijuana withdrawal symptoms last anywhere from ten to twenty days. Both the severity and the duration of the symptoms will depend on the individual’s intake frequency and how much marijuana they usually consumed on a daily basis.

How Long Does It Take for Marijuana to Get Out of Your System?

There are different factors that determine how long to detox from weed. THC, a major component of marijuana, is typically detectable for up to ninety days after use. Withdrawal symptoms may still be evident in that period, though.

Still wondering how long to detox from weed? In order to answer this question, the individual’s doctor can perform an evaluation to determine how long the person should spend detoxing from weed. It may take as long as ninety days for marijuana to get out of an individual’s system. Depending on the method of the test, medical experts can detect the substance within twenty-four hours to three months.

Signs and Symptoms of Marijuana Detox

The signs and symptoms of marijuana detox range from mild to severe. Most of the significant symptoms present themselves in individuals anywhere from twenty-four hours to fourteen days after discontinuation. Here are some of the most indicative signs and symptoms to remember.

Most individuals develop a significant level of physical and psychological dependence on marijuana. This dependence forces the individual’s body to undergo a series of mental symptoms directly after discontinuing. One of these symptoms is anxiety,2 especially in those who previously used the substance as a way of calming their symptoms of anxiety or stress.

A depressed mood is a common side effect that occurs after individuals reduce their intake or discontinue their marijuana use. Constantly consuming the substance floods the brain with serotonin and dopamine. Note that serotonin creates feelings of happiness, whereas dopamine is responsible for feelings of pleasure. As such, THC withdrawal will stop the inflow of dopamine and serotonin, causing depression.

Due to other symptoms of withdrawal, individuals may experience significant feelings of anger, especially over minor issues. In most cases, symptoms of irritability become more serious when compounded by stressors like job, school, work, or family obligations.

After developing a dependence and then discontinuing their use, weed withdrawal stomach issues are common and unpleasant symptoms. Medical experts may advise staying hydrated, replacing electrolytes, and creating a calm environment. Note that the doctor may prescribe medications to help as well.

Insomnia or the lack of proper sleep is a symptom of marijuana withdrawal that may increase the severity of anxiety. Since marijuana withdrawal insomnia can make a recovery more challenging, individuals may need to establish sleep rituals or re-establish their circadian rhythms. It’s also advisable to avoid the intake of stimulants like coffee during these periods.3

Nightmares and night sweats after quitting weed typically occur alongside insomnia. Discontinuation in marijuana may spark new nightmares or intensify pre-existing ones. Note that any substance that influences sleep can trigger unwanted effects. Apart from marijuana, prescription drugs like antidepressants and antihistamines can also cause nightmares.

The constant consumption of marijuana increases THC, which is a psychoactive compound that triggers hunger. When individuals discontinue their marijuana intake, they may lose their appetite. Other symptoms like a depressed mood may also contribute to this lack of appetite.

Decreased appetite and weight loss are two common symptoms of THC withdrawal. Studies have shown that many people who stop consuming marijuana experience the weight loss effects of marijuana, including those with comorbid substance use disorders.

Individuals may experience rhythmic and uncontrollable muscle contractions that result in shaking without being able to stop. In most cases, uncontrollable movementsmay transpire for as little as six to ten seconds, but it can still be frightening. The time it takes for a person to start experiencing tremors will depend on the extent of the marijuana addiction.4 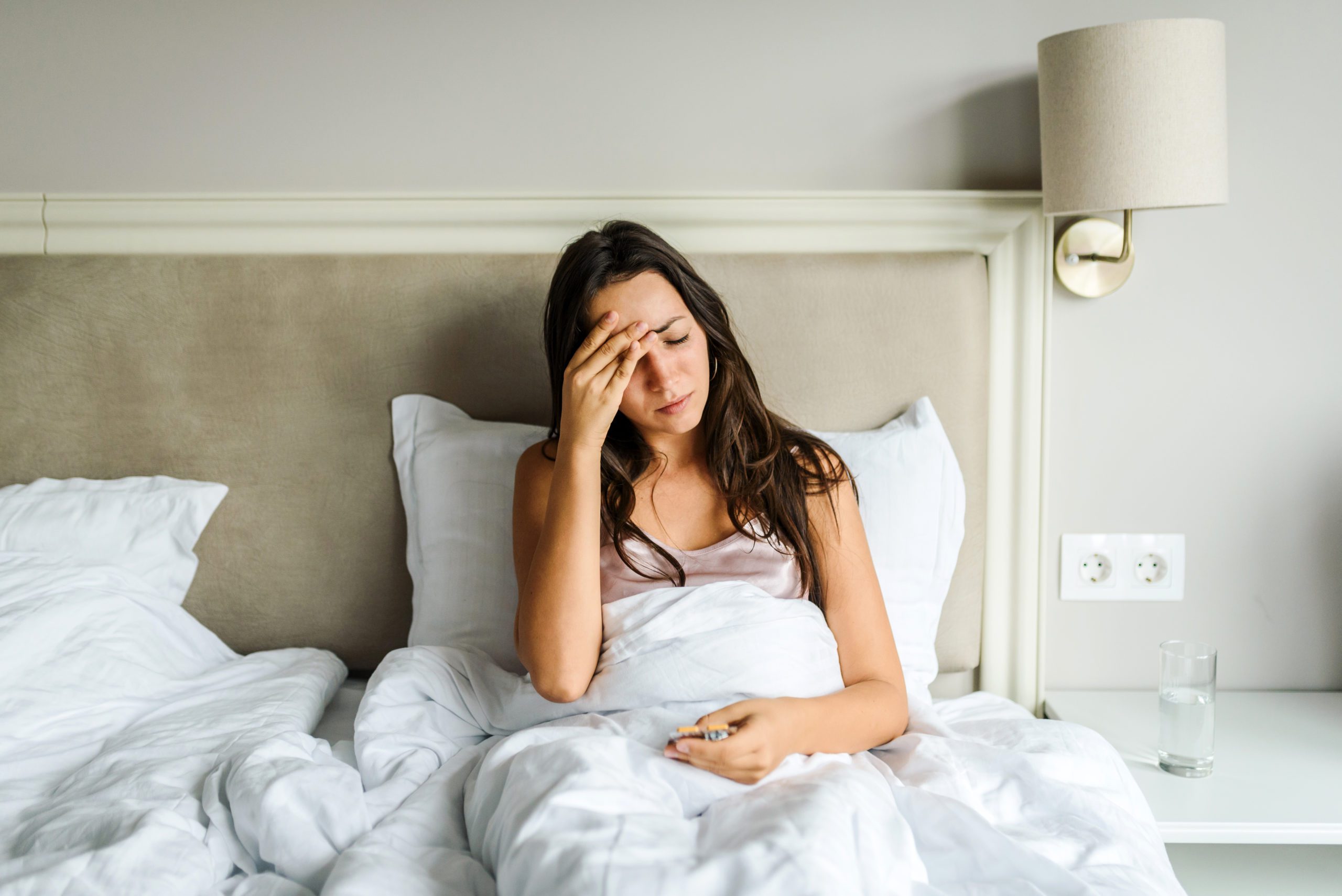 What to Expect During Detoxification?

During detox, individuals can expect to experience a myriad of symptoms. These symptoms can be mild or severe, but the intensity will depend on a person’s specific situation. Medical supervision is imperative during marijuana detoxification time to reduce the possibility of relapse caused by cravings. Some major CBD withdrawal symptoms to expect along the way include anxiety, headaches, and depression among other physical or psychological symptoms.