How Long Does It Take to Detox from Meth?

Keep reading to learn about the stages of withdrawal and how long it takes to detox from meth.

Meth detox may be challenging, but the positive benefits outweigh the negative side effects of the symptoms of withdrawal. Most individuals start to experience meth withdrawal symptoms anywhere from the first two days to an entire month after the first day of discontinuation.

As a highly potent drug with the ability to cause sudden dependency, it’s important to understand what meth detox involves and the possible dangers of detoxing from the drug. Keep reading to learn more about the detox process and how long to detox from meth.

Methamphetamine is a highly addictive stimulant that influences the functioning of the central nervous system. The drug comes in various forms, including powders, bases, and crystals. Of the three forms, the most potent is crystal methamphetamine, also known as ice.

In cases of attention-deficit hyperactivity, medical experts typically prescribe the substance for treatment purposes. It also helps in the treatment of sleep disorders in individuals. However, it is most often used illegally as a recreational drug.

There are many ways to take meth, including smoking, swallowing, snorting, or injecting the drug. Common names for meth include uppers, crystal meth, chalk, ice, crank, speed, and glass. 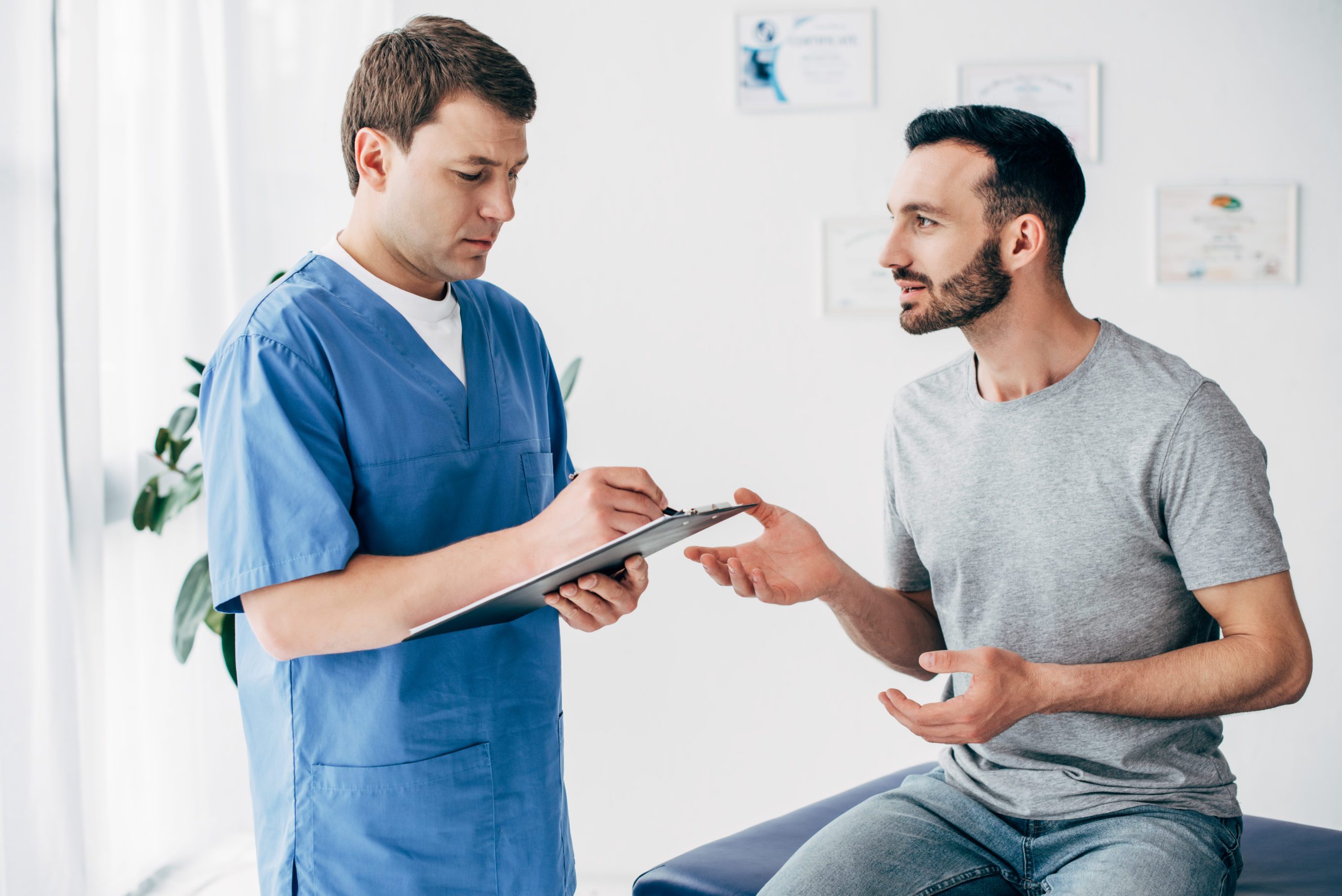 How Addictive is Meth?

Meth is very addictive because of the intense high that it provides, especially when it is injected into the bloodstream. This quick and intense high is known as a rush or flash.

Certain individuals may be prone to meth use disorder because the substance increases the amount of dopamine in the brain. Note that dopamine is a chemical that increases the likelihood that one will feel motivated to move their bodies, as they are energized by the drug, resulting in positive feelings in the brain. This feeling promotes frequent use of the drug.1

Continuous use of meth for its rewarding or calming effects makes an individual develop a dependence on the substance. Hence, it becomes difficult to discontinue use. When an individual ceases intake of meth after addiction, it results in mild to severe meth withdrawal symptoms.

Signs and Symptoms of Meth Addiction

Meth addiction may be evident when individuals display symptoms like rotting teeth or meth mouth, a thinning body, acne or sores, paranoia, irritability, intense scratching, and confusion. Due to the extreme physical signs of intake, meth remains one of the most dangerous substances in the United States.2

Is Detox from Meth Necessary?

The crystal meth detox process typically takes place in a medical facility or rehab center that offers full recovery services. Detox can cause serious symptoms like nausea, headaches, anxiety, and fatigue, but it’s an imperative part of the treatment and recovery process.

Timeline of Signs and Symptoms

The specific timeline for meth withdrawal varies from person to person, but the acute withdrawal phase typically peaks the second day after intake. Physical meth detox symptoms, like agitation, drug cravings, and sleep disturbances, can span weeks at a time. Depression may last for up to twelve months or less as well, but it all depends. Here’s the meth recovery timeline.

During the first two days, there are significant symptoms that arise when detoxing from meth.

Nausea
During the first two days of withdrawal, nausea and vomiting may arise as the most prominent meth detox symptoms. Controlling the nausea that comes in the first forty-eight hours requires hydration. Individuals may need to get plenty of water to reduce the risk of more severe nausea. It’s also imperative to focus on resting during the first two days.

Abdominal Cramping
Individuals may feel colicky pain in the abdominal region within forty-eight hours of detoxing. At that point, the pain in the abdomen may suddenly intensify and reduce with time. When this symptom occurs, it’s helpful to consume smaller meals as a way of reducing the intensity of the pain. A doctor may help by prescribing medications to reduce the discomfort.

Sweating
Many individuals experience perspiration and excessive sweating as early symptoms of withdrawal, especially during the first two days. The symptom of sweating is especially common with substances that raise the heart rate and cause blood vessels to dilate, like meth, as these reactions result in sweating.

These signs and meth detox symptoms may occur anywhere from the third to the tenth day after intake.

Severe Depression
Meth increases the dopamine levels in the reward areas of the brain. Most individuals who experience meth use disorder enjoy the high that it brings. As such, they often develop a dependence on the drug. Abruptly discontinuing use of the substance can result in depression due to the body’s adaptation to meth’s effects.3

Anxiety
Individuals may begin to feel mild meth detox symptoms of anxiety during the first three to ten days of discontinuing the use of the substance. Everyday nervousness is a major symptom of anxiety due to withdrawal as well. Other signs that may follow are a constant sense of danger, restlessness, tension, and frequent trembling.

Extreme Fatigue
The fatigue that arises during the first three to ten days of withdrawal may be a result of depression and anxiety. Individuals may begin to feel a lack of motivation, making it hard for them to carry out the fundamental daily activities. Some helpful steps to take to improve fatigue include regular exercise and eating a healthy, balanced diet.

Here are the meth detox symptoms that appear within two weeks to twenty days.

Intense Drug Cravings
Withdrawal cravings are a common symptom among individuals experiencing withdrawal from meth. Cravings occur within two weeks to twenty days of detox, but they can appear earlier on in some cases. It’s important to note that the cravings don’t last for long periods of time. Rather, they come in waves, at which point they intensify and then ultimately subside. Staying busy, exercising, and eating well can help people minimize their cravings.

Continuing Fatigue
Symptoms of fatigue, including the inability to complete daily tasks or activities, stick around even two weeks to twenty days into the withdrawal process. Individuals may continue to consume healthy meals and try exercising to feel better in an effort to reduce their symptoms of fatigue.

Depression
The severe depression that occurs from the third to tenth day following the last moment of intake may continue for a longer period of time, but most of the other physical symptoms will subside. During the period of depression, individuals may feel symptoms like low self-worth, hopelessness and may cry often. As such, the need for mental health professionals becomes imperative.

In over a month, most of the extreme meth withdrawal symptoms will typically subside. Some other symptoms may begin to reduce in severity and fade with time as well. However, anxiety and depression are two psychological symptoms that may stick around for several more months.

How Long Does It Take to Detox from Meth?

Are you wondering, “How long does it take to recover from meth?” It all starts with the withdrawal process. The length of crystal meth detox depends on a myriad of influential factors. How long to detox from meth depends on the frequency of the individual’s intake, the amount consumed at any given time, and the severity of the addiction.

There are three stages of withdrawal from meth that individuals should know about. Here are the three main stages of the methamphetamine withdrawal timeline.

Crashing
During withdrawal, the first stage is known as the crash. In most cases, this period lasts for the first forty-eight hours of withdrawal, and individuals will often experience a sharp decline in energy and overall cognitive function. Common symptoms that take place during this period include nausea, vomiting, sweating, and intense abdominal cramping.

Cravings
After crashing, intense cravings typically occur within three to twenty days after discontinuing intake. Some symptoms of cravings include preoccupation with the substance, severe depression due to lack of meth, and a strong desire to start intake. Without proper medical supervision, this stage may result in relapse.

Recovery
This stage defines the point in time when the meth withdrawal symptoms begin to subside. During recovery, individuals can focus on avoiding relapse by opting for therapies or behavioral counseling. Joining a support group is also a helpful step to take during recovery. 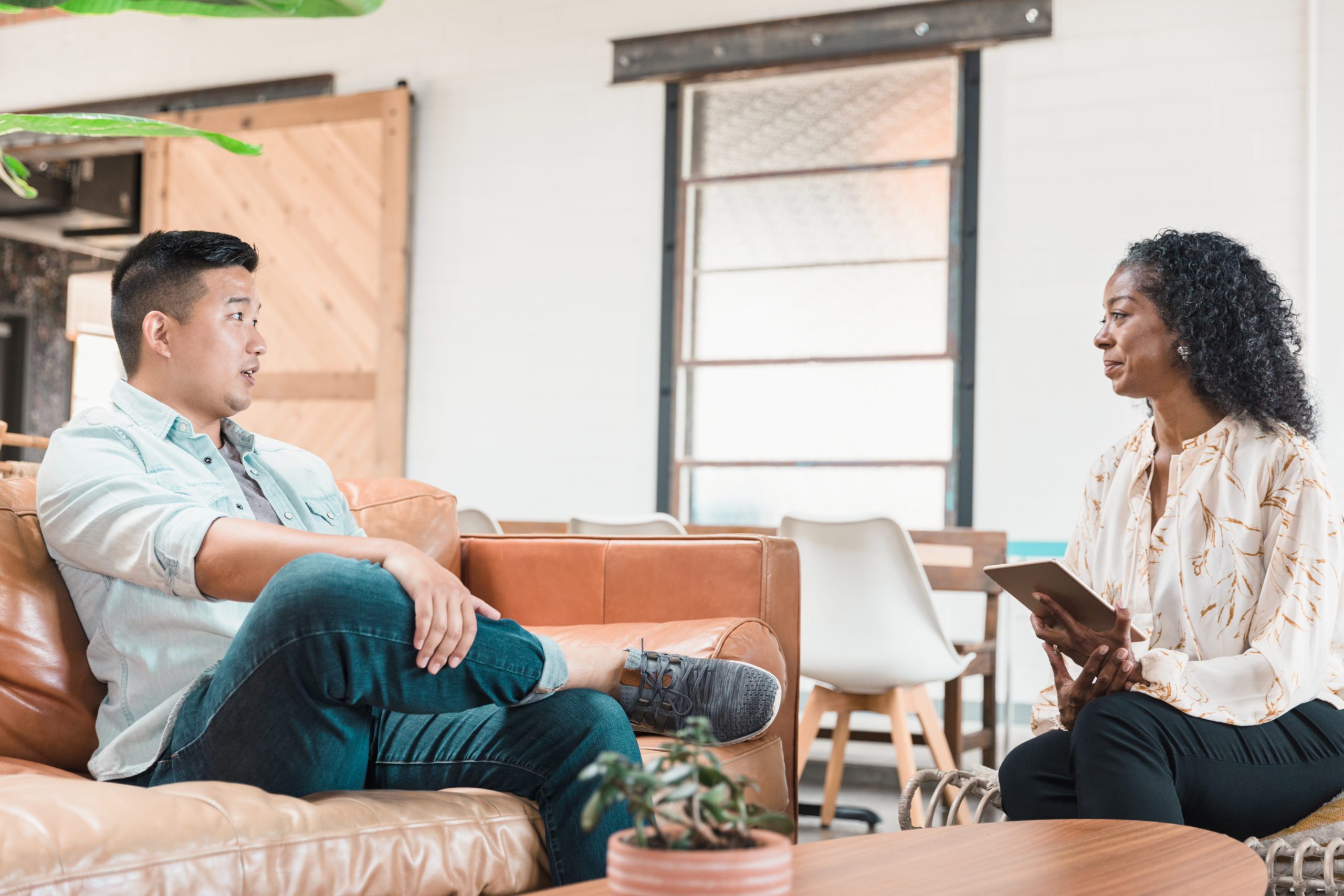 What to Expect During Detox

After admission, health professionals will begin to assess the individual’s overall physical and psychological well-being. Detox specialists may use drug screens to know how much meth is in the individual’s body.

The evaluation tests also help professionals the fastest way to detox meth. After the tests, the medical team can draw out a crystal meth detox plan that fits the individual’s needs.

The specialist may also ask important questions regarding medical history and past drug abuse for the best treatment options. During the evaluation, it’s imperative for the health professional to know if the individual is experiencing any co-occurring disorders as it influences crystal meth detox.

Treatment starts immediately after evaluation to ensure that the individual becomes comfortable and manages meth withdrawal symptoms. As symptoms improve, the detox specialists will adjust treatments for stabilization. The essence of stabilization is to manage the symptoms that affect the individual’s physical and psychological well-being.

When the detox process is nearing its end, it is imperative that someone begins the next steps of addiction treatment. Some of those treatments may be non-pharmacological. They may also involve behavioral therapies as well.4

How Long Does Detox Last?

The period of crystal meth detox depends on different determining factors. Here’s what to note on how to long it take to recover from meth.

For Mild to Heavy Intake

With mild intake levels, crystal meth detox typically lasts anywhere from twenty-four hours to a week after the last intake of the substance.

How Long Does Meth Withdrawal Last?

The length of withdrawal will depend on the period of the three stages of methamphetamine withdrawal. In most cases, it’s between a week to over a month. The period of withdrawal also depends on the frequency of use and amount of intake.

Detox at a treatment facility provides adequate medical supervision and a safer environment far away from the substance. Great Oak Recovery Center focuses on your treatment goals and how to get off meth intake. We help everyone arrive at a comfortable physical and emotional state during meth detox. The detox process may be challenging at first, but it proves effective with time.