When Binge Drinking Becomes a Problem 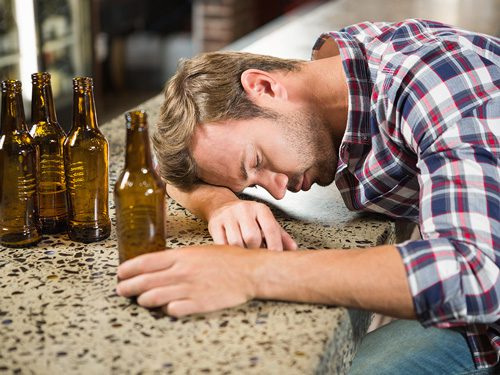 Binge drinking has been the subject of multiple hit films, tv shows, and social media memes, but it’s not just harmless fun.

For many people, experimenting with binge drinking is the first step down the path to an alcohol use disorder.

When most people think of binge drinking, they think of someone getting wild and crazy at a party. However, binge drinking has nothing to do with where you are drinking, and it involves a lot less alcohol than you’d expect.

For men, the Substance Abuse and Mental Health Services Administration (SAMHSA) says having 5 or more drinks on the same occasion at least once in the last 30 days constitutes binge drinking. For women, that number drops to 4 in the same time frame.

If you consume this amount of alcohol in a two-hour time span, this is roughly the amount you’d need to be considered legally impaired for the purpose of operating a motor vehicle. It would raise your blood alcohol content (BAC) to 0.8%.

The Centers for Disease Control (CDC) reports that 1 in 6 adults in the United States binge drinks four or more times per month. Binge drinking is most common among men and people ages 18-34.

While moderate drinking has been thought to offer mild protective health benefits, binge drinking only creates adverse health effects. It increases your risk of being involved in an accident, crime, or risky sexual encounters. Over time, binge drinking also raises your risk of developing several types of cancers, high blood pressure, and heart attack.

The two groups of people who face the highest health risks from binge drinking are teens and pregnant women. Drinking to excess while the brain is still developing can create permanent cognitive changes. Pregnant women who engage in binge drinking put their babies at risk of miscarriage, stillbirth, or fetal alcohol spectrum disorders that can result in serious physical and mental birth defects.

How to Tell if You May Have a Drinking Problem

Binge drinking doesn’t necessarily mean you have a drinking problem. Many people who engage in binge drinking only do so sporadically and feel no ill effects between binges. However, binge drinking is considered a well-known risk factor for an alcohol use disorder, with over 90% of adults who drink excessively saying they’ve engaged in binge drinking in the last 30 days.

Since there is evidence to suggest that alcohol use disorders run in families, people who have parents, grandparents, or siblings with a drinking problem may have the greatest difficulty regulating their alcohol consumption while binge drinking.

If you’re worried about your drinking, questions to ask yourself include:

Getting the Help You Need

Addressing alcohol abuse requires developing a personalized treatment plan that combines individual, group, and family therapy with experiential therapies such as art therapy, music therapy, and equine therapy. This helps you learn to process your emotions and cope with stressful situations without turning to alcohol.

Many people who abuse alcohol also suffer from mood disorders such as anxiety and depression. If you have a co-occurring disorder or dual diagnosis, it’s vital for both issues be addressed simultaneously. A true recovery heals the mind, body, and spirit.

Sources:
Fact Sheets – Binge Drinking. Centers for Disease Control and Prevention.
Am I Alcoholic Self Test. National Council on Alcoholism and Drug Dependence.
The Dangers of Binge Drinking. University of Rochester Medical Center.