The Highs and Lows of Ecstasy 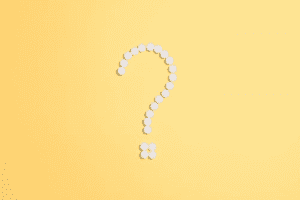 Intense euphoria, unmatched joy, previously unknown emotional openness: many people report experiencing all of these things when they consume what the scientific community calls methylenedioxy-methamphetamine.

You may know the substance better by its more colloquial names: MDMA, Molly, E, X, XTC, or, most commonly, Ecstasy. In this post we’ll explain exactly what ecstasy does to a person’s biochemistry, as well as the signs and symptoms of ecstasy abuse.

So, just what is methylenedioxy-methamphetamine?

Ecstasy is an empathogen, a class of substances that induces emotional connectivity or outpouring. It facilities feelings, in a sense. Chemically, it lies somewhere between a hallucinogenic substance, like PCP or LSD, and a stimulant, like cocaine or nicotine.

People who take Ecstasy report that they experience more easily certain senses of loving or being loved, as well as feelings of empathy and mildly altered bodily and visual perception. All of these effects can last anywhere from three to six hours.

Scientists know that once absorbed by the human body, ecstasy releases oxytocin–which may be responsible for these increased feelings of feeling.

So, what’s really going on in the brain when we take ecstasy?

The emotional effects stem from the increase in three specific chemicals within the body when the brain detects ecstasy.

Are there any consequences to these hormone spikes?

Maybe you’re asking yourself what could go wrong, a drug that most people report as inducing emotional connectivity and even downright fun. Well, those effects only last a few hours before the body has to reconcile the hormonal imbalance. This reconciliation process can last a week or more and, according to The National Institute on Drug Abuse, can cause:

Using ecstasy in high doses may weaken the body’s ability to regulate its temperature, which may cause heart, kidney, or liver failure and, in the worst scenarios, death.

What are the other risks of using ecstasy?

Although most people won’t lose their life because they took ecstasy one night during a party, there are inherent dangers in using the drug. First, it is difficult or impossible to know (without a chemistry lab) what exactly is in an ecstasy pill. According to the Drug Policy Alliance, studies have shown that ecstasy can range from being pure MDMA; to being cut with substances including psychoactive drugs, amphetamines, and anesthetics; to having no MDMA at all.

Another risk is that ecstasy users develop tolerance, requiring more and more of the drug over time to achieve the same effects. As the dosage of ecstasy increases, so does the risk of harmful side effects.

The use of ecstasy often leads to the use of riskier drugs, like heroin and cocaine to help the user cope with the often physically or emotionally painful symptoms of ecstasy withdrawal.

If you or a loved one struggle with an overuse of ecstasy, our detoxification program at Great Oaks Recovery Center can help you safely begin your journey to sobriety. Our residential and outpatient treatment programs will provide the therapy, support, and whole-body healing required to prevent relapse. Our professional staff has the compassion and expertise to help you recover your joy without harming your body in the process.

If you or someone you love is in need of alcohol or drug treatment, contact our drug rehab center in Texas anytime at (877) 977-3268. We are here to help.