Mixing Heroin and Alcohol Can Have Dangerous Results 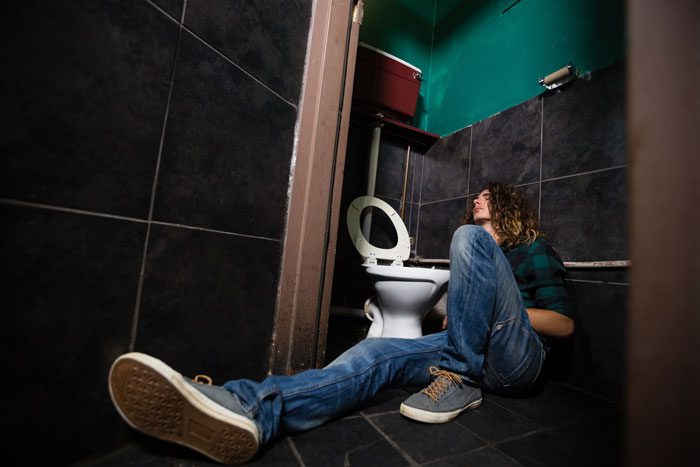 It’s not uncommon for people who use drugs to use more than one at a time.

Many people don’t consider alcohol to be a drug, even though it has the capability to alter a person’s mood and perceptions when they are under its influence. When heroin and alcohol are mixed, the combination can lead to dangerous consequences.

Heroin is an opioid, which places it in the same category of drugs like morphine, codeine, Oxycontin, Vicodin and Percocet. The difference between heroin and the other drugs is that heroin is an illicit drug that has no medical purpose. The other drugs are prescription painkillers. Codeine is found in cough medicines or in combination with acetaminophen (Tylenol).

When heroin is ingested by smoking, snorting, or injecting the drug, it binds to opioid receptors in a number of areas in the brain. These areas control feelings of pleasure and pain and are responsible for the initial “rush” of euphoria followed by a feeling of deep relaxation and heaviness in the arms and legs. The opioid receptors also control heart rate, respiration, and sleep.

Other short-term effects of heroin use include:

Alcohol is part of many celebrations and special occasions. When used in moderation, it can be part of an enjoyable social occasion or a pleasant time at home. It helps the drinker to feel relaxed and less inhibited. As more alcohol is consumed, though, it can lead to feelings of depression, bitterness, or anger.

The person’s coordination gets worse, which increases the likelihood of an injury to themselves or someone else. It becomes more challenging to think clearly, which may explain why some people insist they are fine to drive after drinking when they are clearly inebriated.

What happens when heroin and alcohol are taken together or within a short time of each other? Mixing these two substances isn’t uncommon; people who are addicted to one or the other (or both) combine them to increase their effects. Heroin and alcohol are both sedatives—they “depress” the central nervous system.

The exact effect that each person who tries mixing these two drugs experiences will vary. Since heroin is a street drug, there is no way to tell what type of other ingredients may have been added to a batch. Even if a user always buys their heroin from the same source, there is no guarantee that its composition will be the same every time. Additives can include the following:

The effects of heroin and alcohol will also depend on the amount of alcohol the person drinks and his body chemistry.

Both of these substances are sedatives and when they are used together, their individual effects are multiplied. The person who mixes them won’t get a double dose of sedation; instead, he gets more like a triple dose due to the increased intensity.

Someone who is under the influence of heroin and alcohol together may appear euphoric, have a lack of inhibitions, or experience mood swings. The person may also become drowsy, appear confused, or experience periods of nausea or vomiting.

Dangers of Mixing Heroin and Alcohol

When heroin and alcohol are mixed together, these two drugs can create a situation where the person who has taken them may experience these consequences of their central nervous system’s responses slowing down:

Without immediate medical attention, respiration may continue to slow down or stop altogether. The person who has mixed heroin and alcohol may slip into a coma. This type of medical emergency may be fatal.

The Centers for Disease Control reports that over two-thirds of the 66,632 drug overdose deaths in 2016 involved an opioid. Heroin users need to be aware that some batches of the drug include the opioid fentanyl, which when used with alcohol multiplies the effects of the other substances to create an even more dangerous drug cocktail.

Abusing both heroin and alcohol is extremely dangerous, but there’s always hope for recovery. Great Oaks Recovery Center provides a full continuum of care personalized to fit individual needs. Programs focus on building a foundation for lasting sobriety so clients can move forward with confidence.

If you or someone you love is in need of alcohol or drug treatment, or heroin withdrawal treatment in Houston, contact us anytime at (877) 977-3268. We are here to help.